At least, that's how I felt last year. As a news junkie from a family of journalists, I had willingly, enthusiastically hooked myself up to an IV drip of content. I was the guy who'd already read three think pieces by the time everyone else caught up with the breaking news alert. Oh, you need a breakdown of the sociological nuances of today's Twitter spat? Which one? Give me your 140-character dunks, your Medium tirades, your #sponcon and your YouTube cooking tips. I'd eat it all up and subscribe for more.

I told myself there were worse vices. At least I did a lot of reading! This was an intellectual pursuit! I was hungry and the internet was an all-you-can-eat buffet. Sure, there was some junk food, but what's wrong with a few empty calories, as a treat?

And then one day I realized that despite my efforts – despite the involuntary twitch I'd developed whenever I felt my phone buzz – I had no idea what was actually going on. And, to be honest, I was exhausted. My working memory was completely shot. I spent hours devouring content without synthesizing any of it. What happened last week? I couldn't even remember what I was so worked up about this morning.

I had a sinking feeling that despite the fashionable rhetorical maximalism of all the content I was consuming, almost none of it was actually important. The vast majority of it scrolled into view and then out of my life without ever making a mark. And what a crushing, depressing thought: that my daily obsessions – the foci of so much of my time, attention, and emotional bandwidth – were mostly fleeting drivel. Inane takes that would be forgotten before they were cached by Google. Deleted threads that had already aged poorly a few minutes after being written. Hot takes, cold takes, milquetoast takes masquerading as profound insight. Takes, takes, takes. In the end, they all disappeared into the ether, never to be seen again.

I thought, when did I choose this?

No, I didn't. Not exactly. But, like the proverbial frog in slowly heating water, I allowed it to happen, one take at a time, until I was boiling in a steaming vat of nonsense.

Let's be honest. Our cultural relationship with the news hit rock bottom a while ago – and somehow kept getting worse. Something's gotta give.

It's not all our fault. The incentives that crystallized beneath the superstructure of surveillance capitalism are rigid and unforgiving. Engagement – giving it, getting it, loving it, needing it – feels good, in a deep, libidinous kind of way. Oh, to be liked and followed! Plus, isn't the decline of gatekeepers and the rise of user-generated content a leveling of the playing field of sorts, another vanguard in the grand epic of information democratization? We're voting with our attention! We're rewarding creators! Whatever the collateral damage, whatever the ripple effects and negative externalities, making the world more open and connected must be inherently, eventually good, right?

Big Tech's myopia – and our collective willingness to overlook it – seems obvious, as everything does, only in retrospect.

It turns out human beings aren't CPUs to be overclocked. When we move too fast, we break.

When everything and everyone is trying to grab your attention, your attention fragments and deteriorates. When algorithms continuously reconfigure our perception of the world to maximize the chance that we might buy something right now, we lose our sense of shared reality and common purpose. When the news cycle is measured in seconds, headlines blend together, context erodes, and it becomes harder and harder to distinguish signal from noise. Add to that the potent mix of organized disinformation campaigns and the most efficient tools for abuse and harassment ever created and you get something resembling the current media landscape.

And yet we can't turn away. This isn't junk food. This is tobacco.

And it's only getting worse. The big social platforms are remaking society in their image. They’re making us less informed and less empathetic. More outrageous and more outraged. They’re cheapening the truth and driving its defenders out of business – so they can make a profit in the margins.

But here's the good news: none of this is inevitable. It's the result of specific product and business decisions made in a vanishingly small number of corporate tech boardrooms. And that means we all have the power to choose something different.

What does a modern news experience look like when it's built to make people happy, informed, and productive – rather than to vacuum up the maximum amount of their attention?

That's what we asked ourselves when we started working on Thread. Thread is built for people – not ads, brands, or bots. There’s no microtargeting, harassment, trolling, clickbait or fake news.

Our mission is to offer a reprieve from social media burnout – a healthy alternative to the infinite scrolling feed. Thread is designed to complement your routine, not take over your life. It does the work of finding meaningful content from your favorite places for you and delivers it precisely when you want – so you can spend less time checking your phone and more time doing... well, anything else. You can read more about our approach here or, if you're ready to try it out, download Thread from the App Store.

A year ago I felt like I was drowning. I wanted to take my life back. Now you can, too.

This time, let's make the choice with our eyes open. 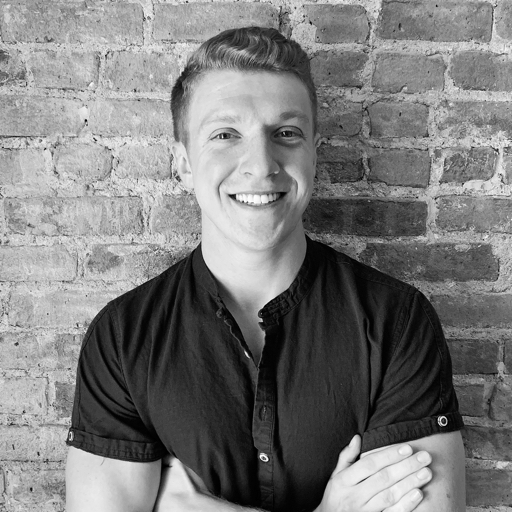 Founder and CEO
view All Posts

Thank you! Your submission has been received!
Oops! Something went wrong while submitting the form.
Ready to try Thread?

HomeAboutBlogPrivacyContact
Made with 💖 in Brooklyn
© 2020 Cosmic Thread, Inc.